Welcome to Hostel in Europe

Arabas is a friendly, laid-back guesthouse with lots of character, cosy atmosphere and great common areas perfect for travellers looking to experience the unique atmosphere of Thessaloniki. We are located in the Upper Town (Ano Poli), the most beautiful, quiet and safe area of the city, just next to

From the train station:

2) At the first set of traffic lights turn LEFT onto Michail Kalou Str., which will become Dragoumanou Str. Keep straight ignoring any side streets until you reach a major junction/ interchange.

3) At the junction cross the main road Lagkada , and go up the opposite road (Agiou Dimitriou) which bends slightly to the right.

4) Keep to the LEFT of Agiou Dimitriou as it gently climbs uphill, taking a LEFT at the second set of traffic lights (not including the ones at major junction) up to Ifestionos street.

5) Go up Ifestionos until you reach a roundabout.(You will see a 24/7 cafe called TODAY'S delicious advice on your left just before this roundabout). Head directly across,where you will see 3 streets and a traditional 2floor building between the 2 first streets.Choose the one in the middle(exactly on the right side of this building),-the only STONEPAVED street heading uphill to the upper town-this is our street-Sahtouri street.

6) Actually Sahtouri street is the first STONEPAVED street parallel to the old city walls,which surrounds the upper town(old city).So,proceed up the steep hill for about 4 minutes. Continue ahead as the road widens and narrows again, ignoring side streets. Studios Arabas is located on the RIGHT side at NUMBER 28.

Take the Bus no X1, until the bus stop 'Aristotelous'. Then you can take a taxi to the street Sachtouri 28,Ano Poli(shall cost 3,5euros),or get bus No28A/28B(from the same bus stop) till bus stop called 'Palia Lahanagora'.When you get off go to the right and start walking uphill where you will see 3 streets. Choose the STONEPAVED street,which is in the middle,called Sachtouri.Proceed untill No 28 where the hostel is located. It would be is very helpful to have printed map.

From the bus station:

Take the bus no 31 until the Antigonidon bus stop.On the other side of the street you will see another bus stop also called Antigonidon.So,go to that bus stop and get bus No28A/28B untill the bus stop named 'PALIA LAHANAGORA'.When you get off the bus,walk to the right,start heading uphill where you will see 3 streets.Choose the one in the middle,the only one which is STONEPAVED. This is our street and it's called SACHTOURI str. In 4 minutes you will find the hostel on your right hand, number 28..

We are located in Ano Poli(means Upper Town).Near the byzantine city walls(on the west side).It is within walking distance from the central square Aristotelous.Near the Church Of Saint Dimitrios and the Ministry Of Macedonia and Thrace.2 minutes away from the byzantine temple of Santa Ekaterini.The nearest stop is called 'Palia Lahanagora' with bus No 28A /28B ,also bus stop 'Platia Moushounti' with bus No 22(the cultural line of Thessaloniki).The train station is 15-20 minutes away on foot. 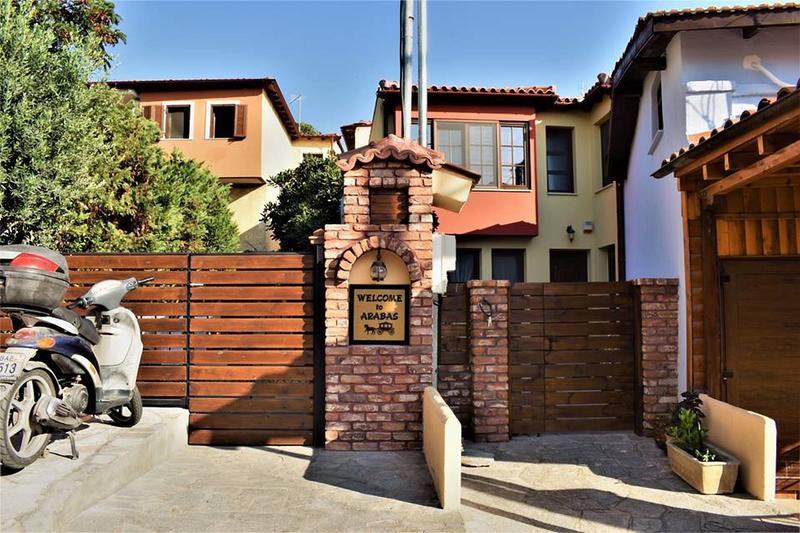 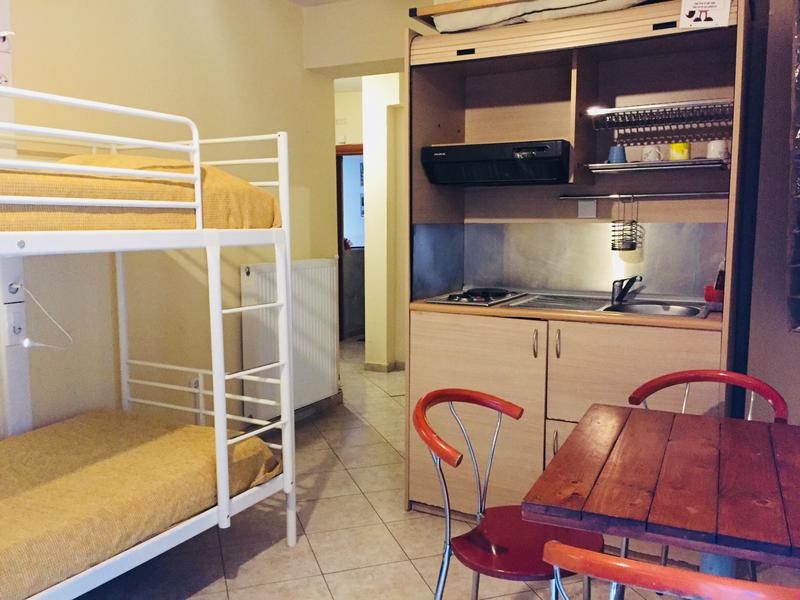 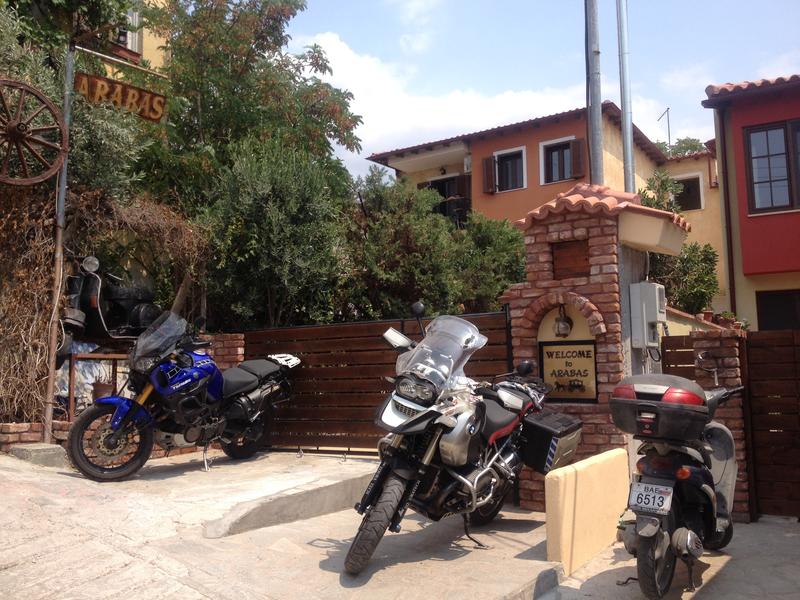 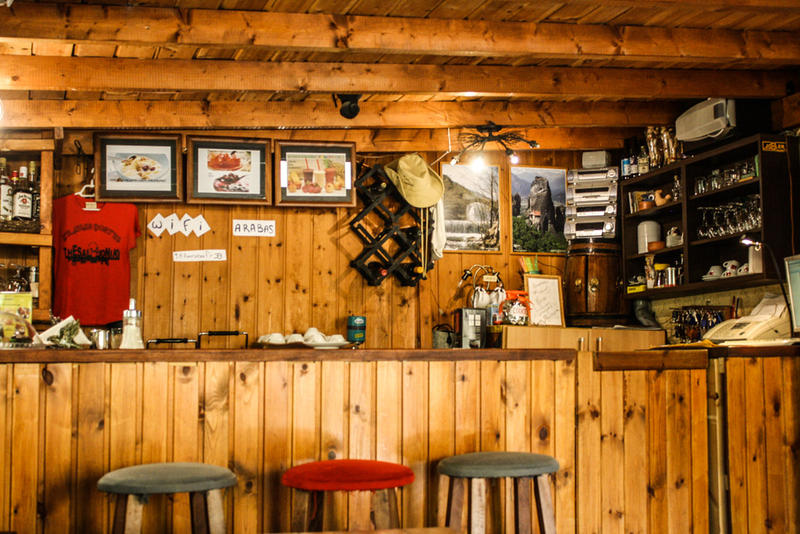 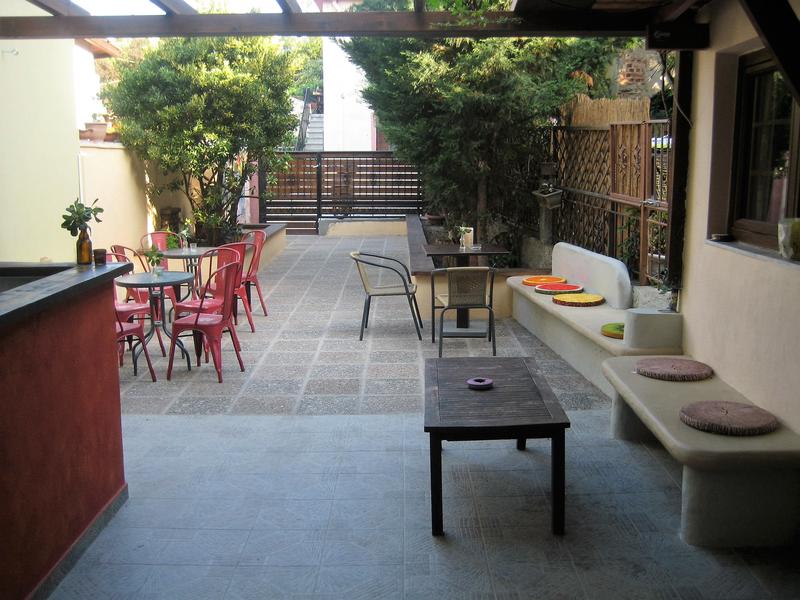 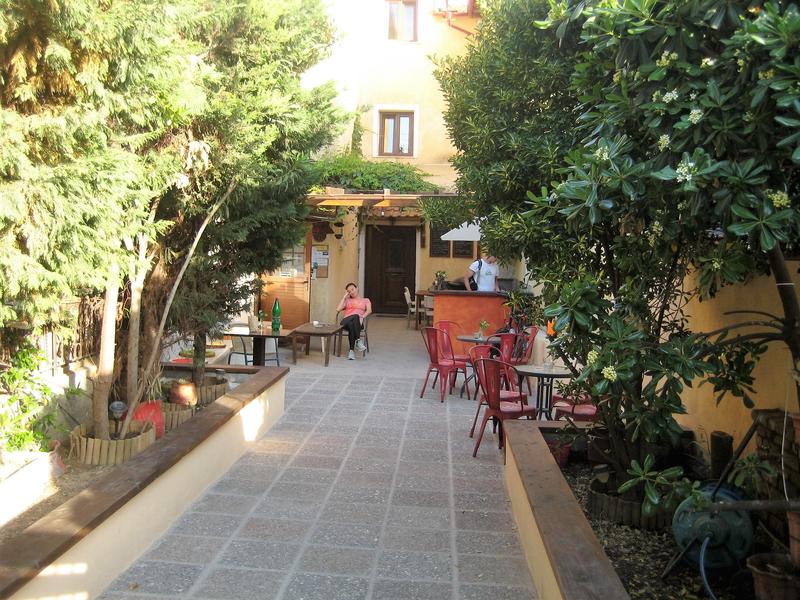 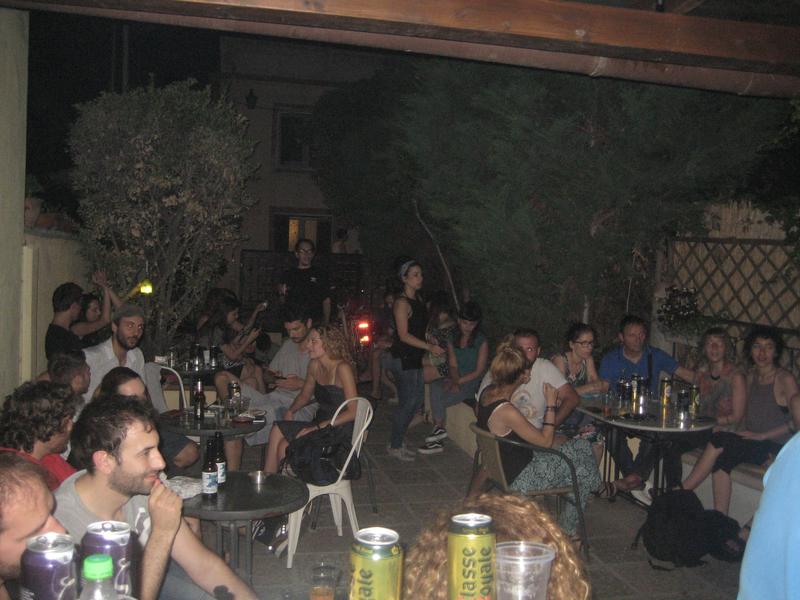 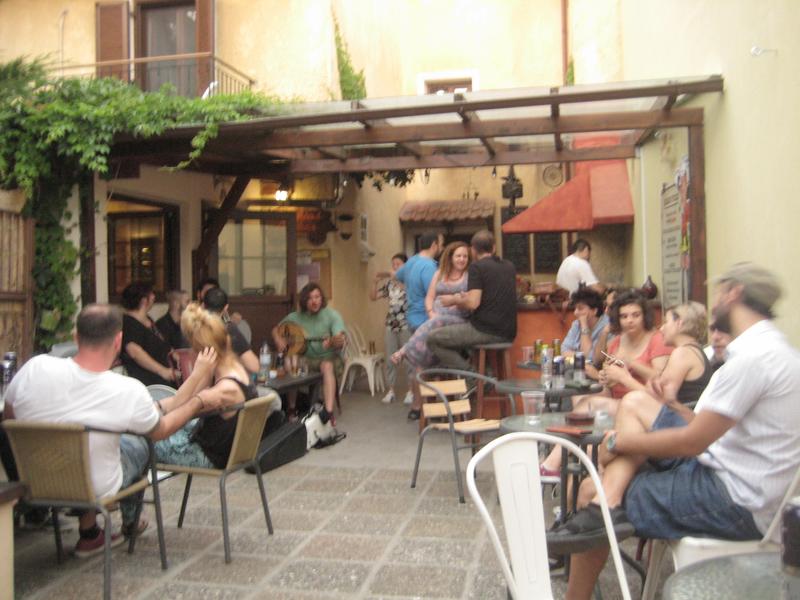 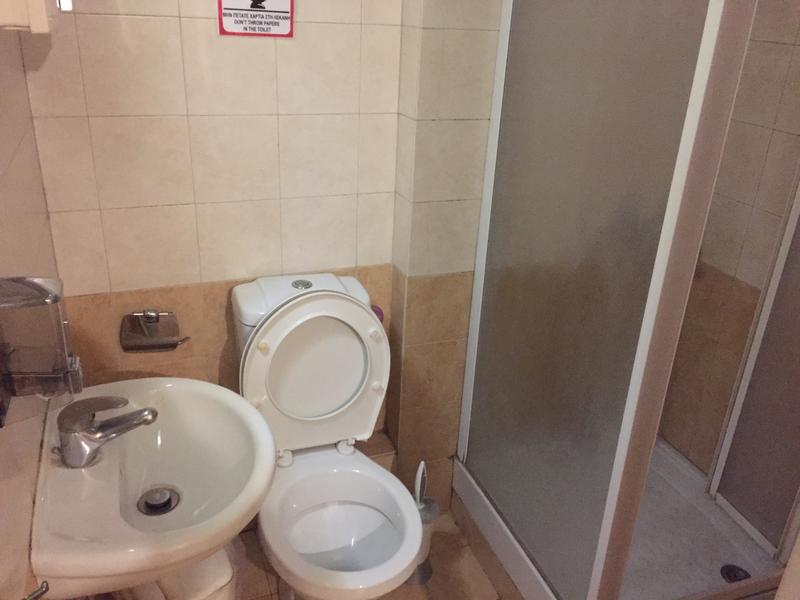 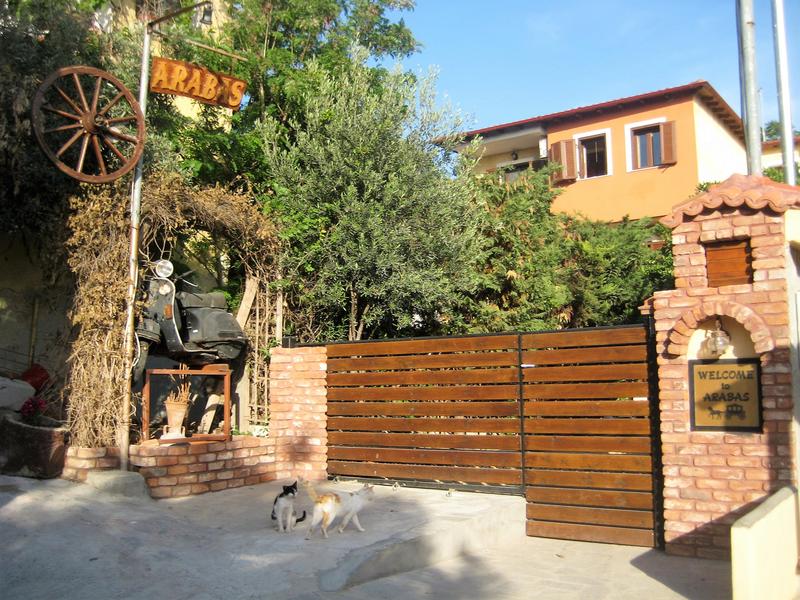 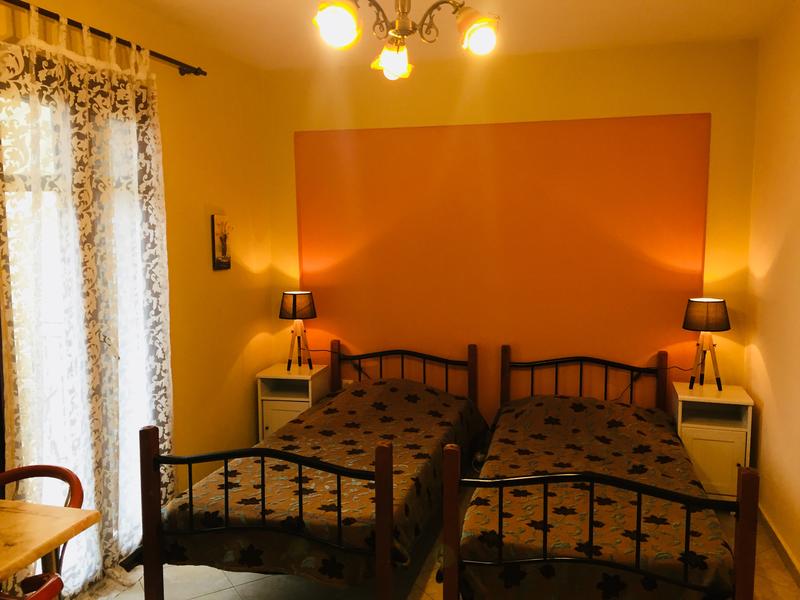 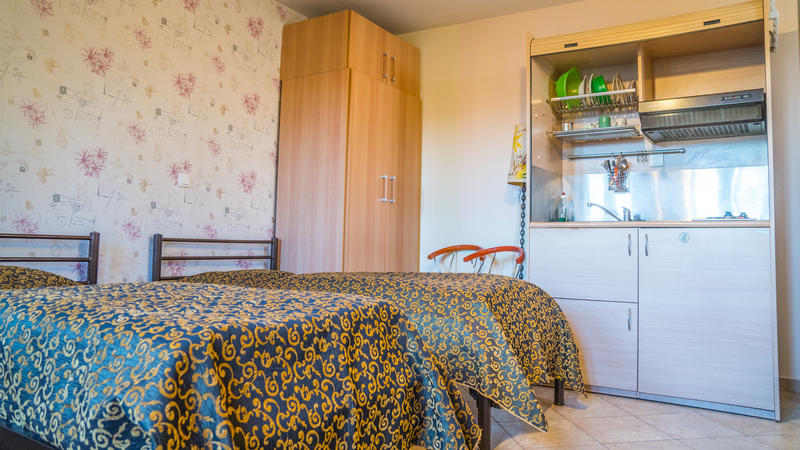 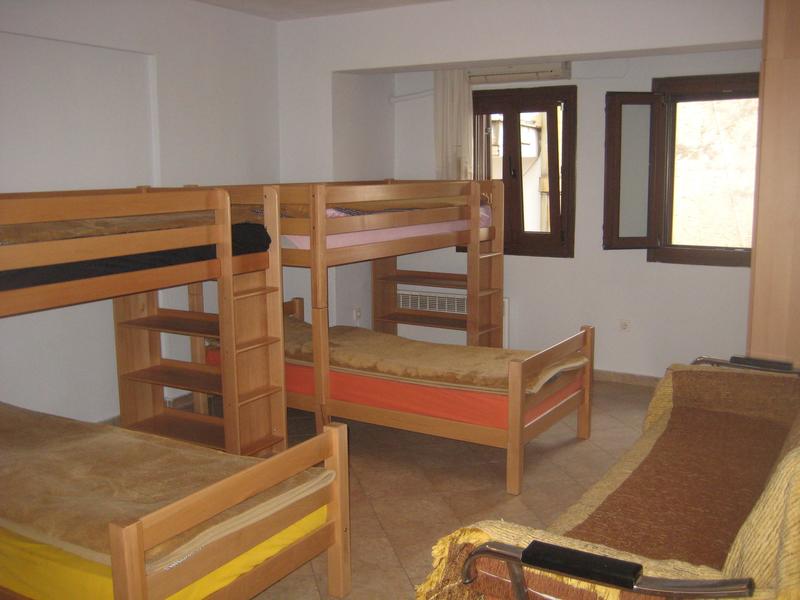 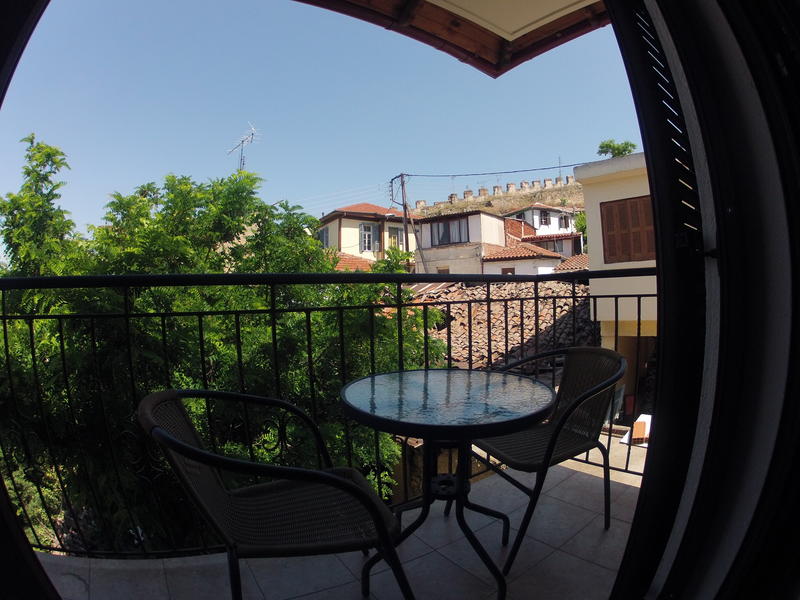 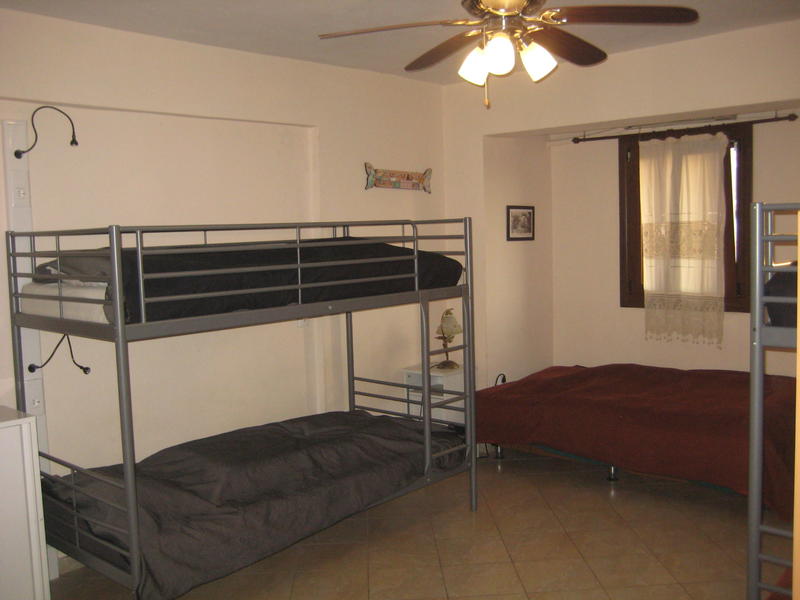 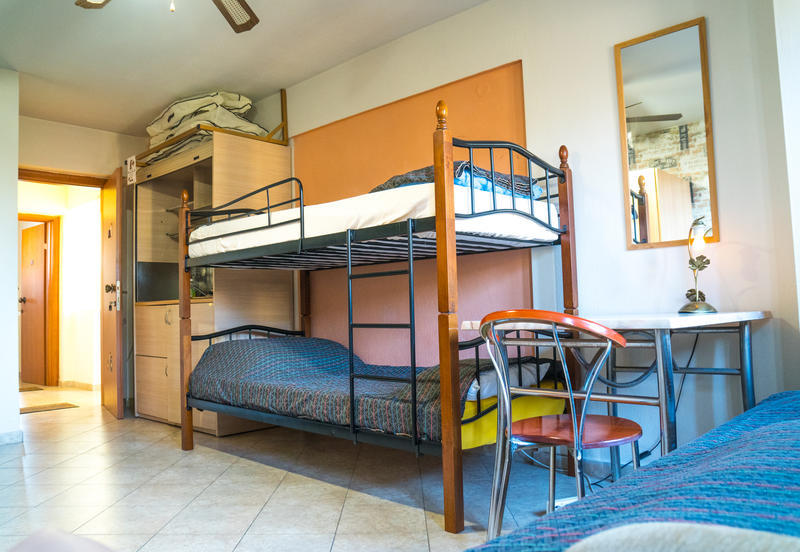 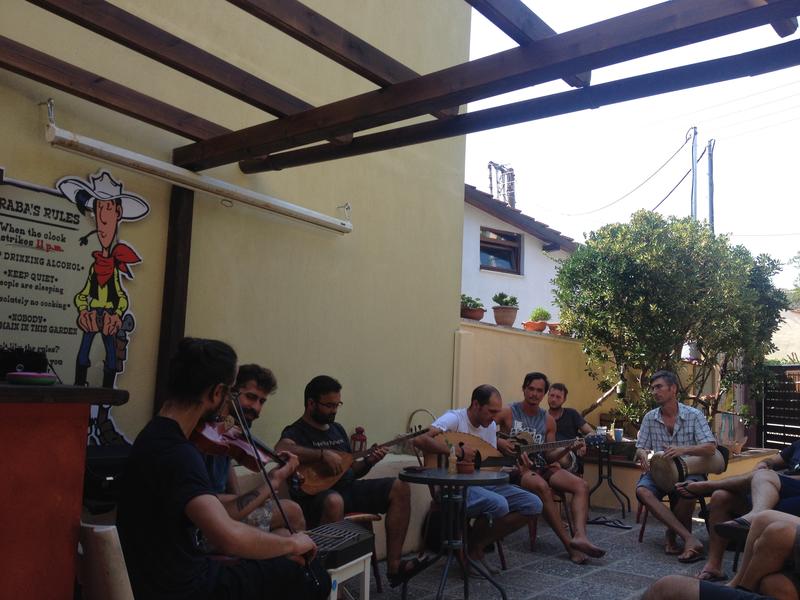 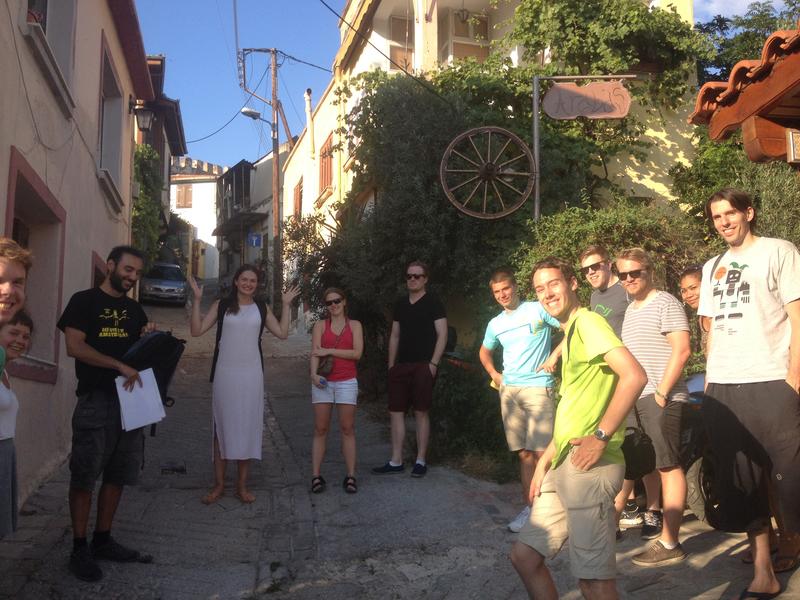 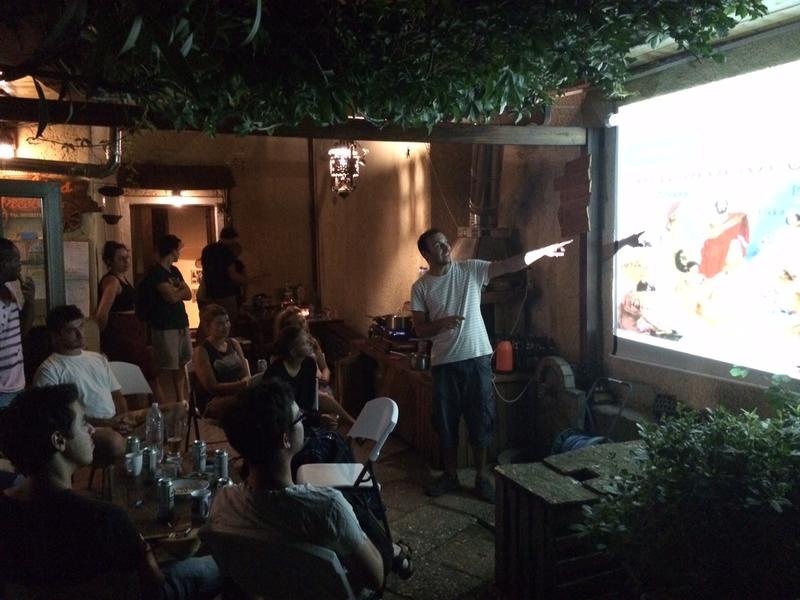 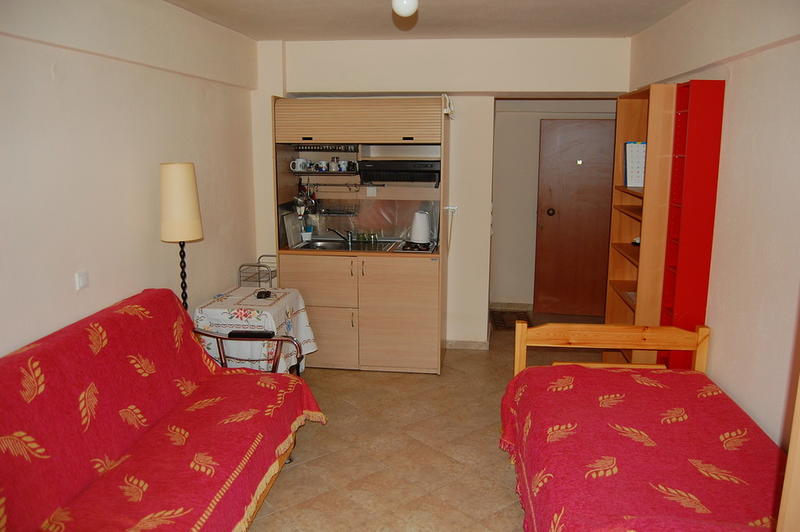 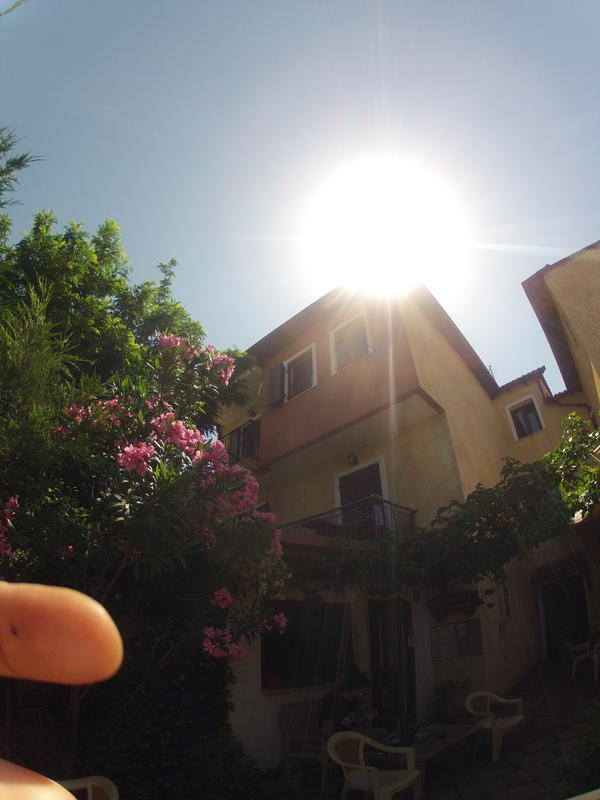 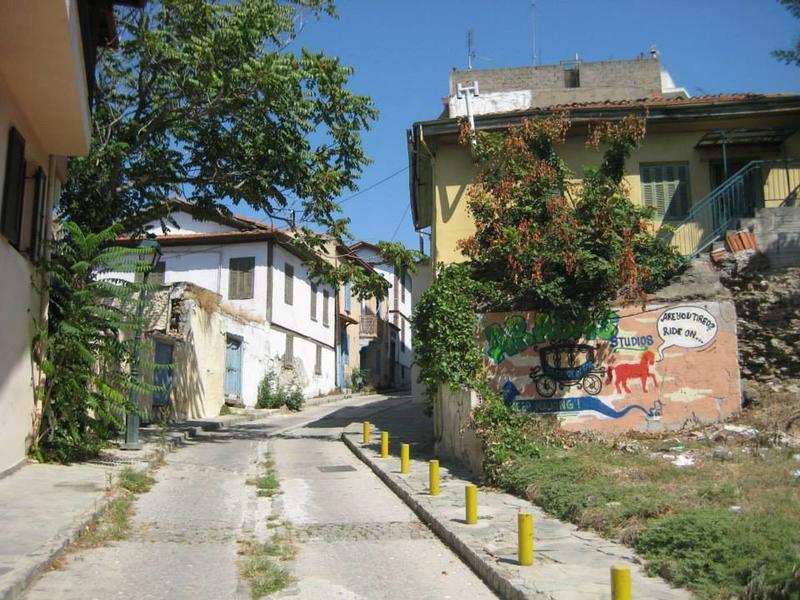 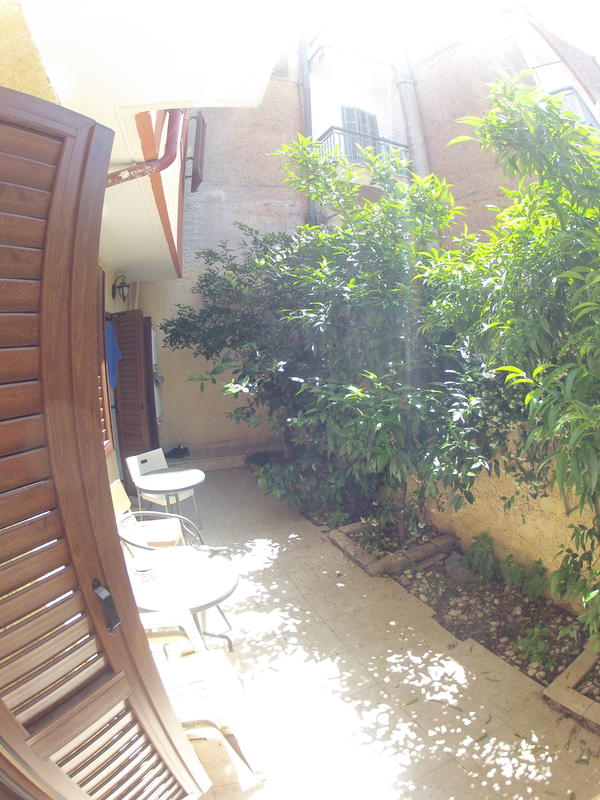 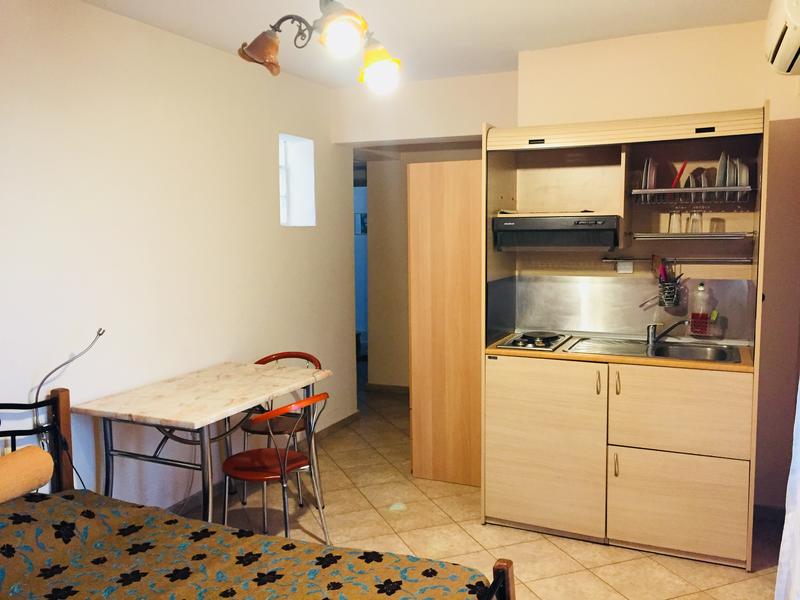 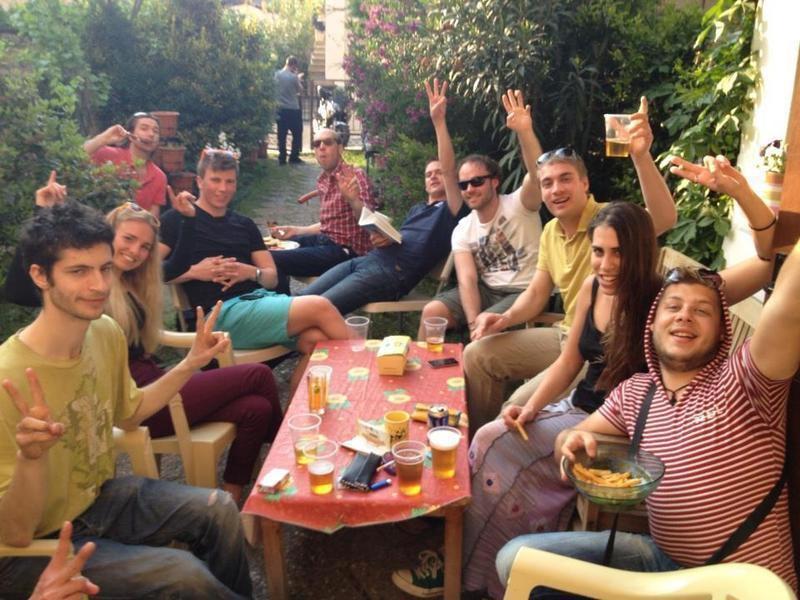 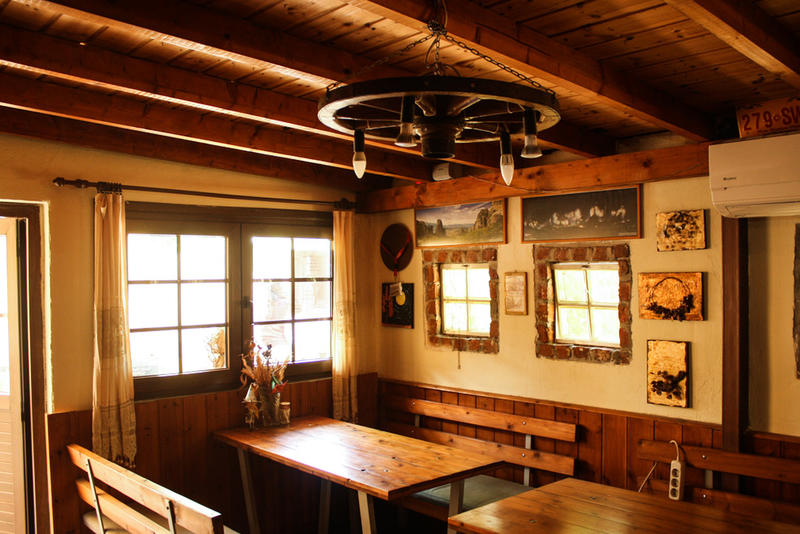 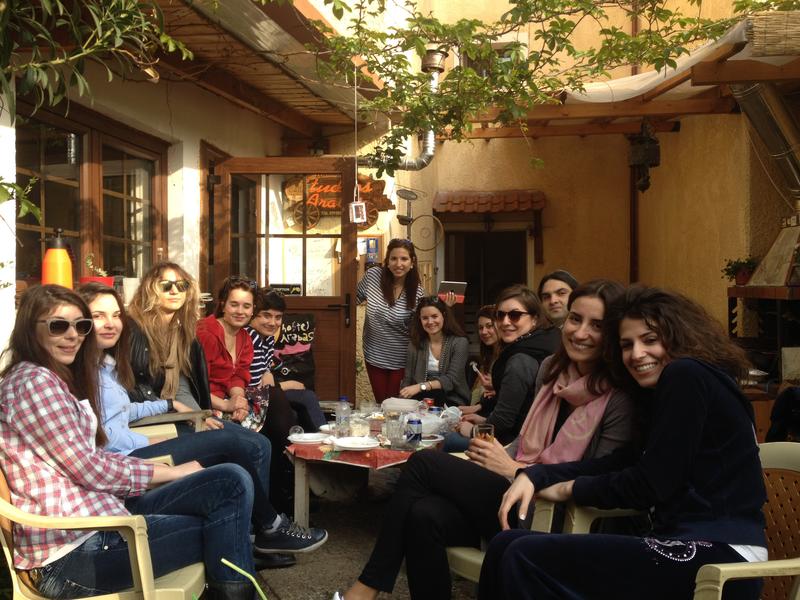 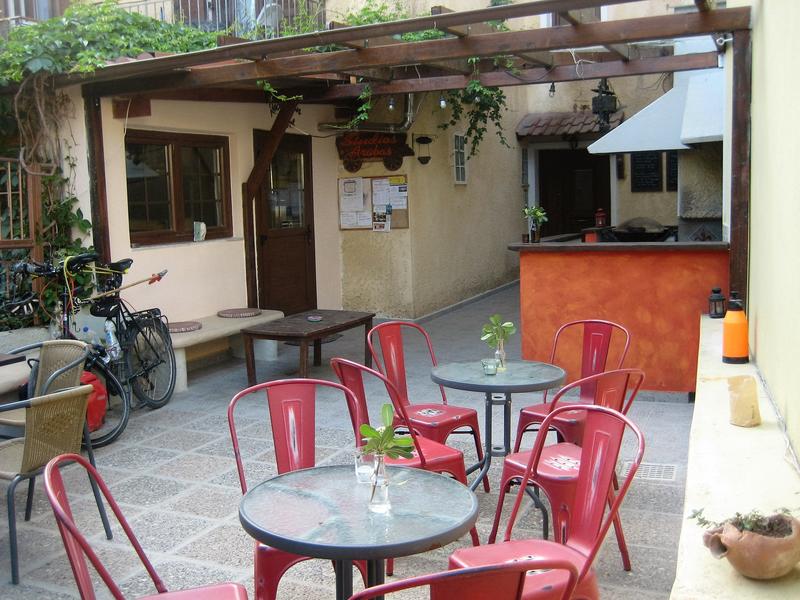 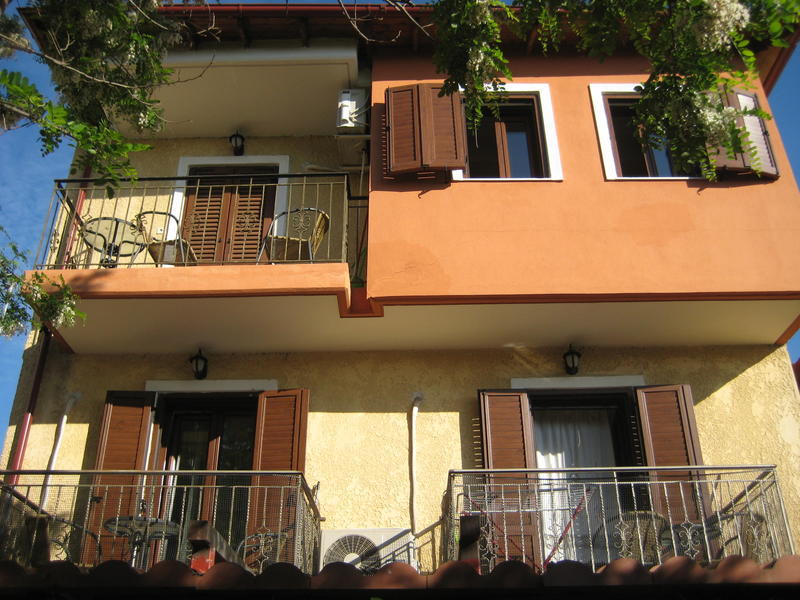 Check-in: From 13:00 pm to 11pm. Check-out: untill 11am. Method of payment upon arrival: credit card or cash There is a key deposit Please inform us of your expected arrival time. limited hours reception 8a.m-11p.m, so please contact us if you are about to arrive earlier or later than this.